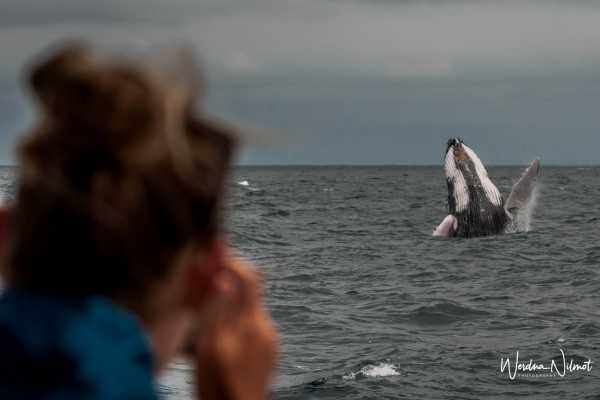 DO YOU LIKE MORE TIME AND PHOTOS WITH WHALES, UNDERSTAND MORE ABOUT THE WHALE POPULATION, THIS IS YOUR OPPORTUNITY, A CLOSE ENCOUNTER WITH THE GIANTS OF THE SEA WITH WHALE RESEARCHERS Join a team of marine scientists on an exciting expedition off the coast of Puerto López and Machalilla National Park to track and study one of the most fascinating creatures on earth: the humpback whale. From June until October humpback whales travel more than 7,000 km from Antarctica to the shores of Machalilla National Park in Ecuador. La Isla de La Plata is considered a breeding area for different species of whales and dolphins. It is also a place where they unite together. Only in these few months, you can enjoy acrobatic shows from these wonderful animals.    Marine biologists, ecologists, and naturalists will guide your adventure with outstanding commentary about the local environment and sharing real-time insight into whales’ ecology and behavior while collecting scientific data for ongoing research and conservation projects.   By taking part in this tour you are contributing directly to marine research and monitoring activities led by the Pacific Whale Foundation (PWF) and its partners for the conservation of whales and dolphins in the marine area of Machalilla National Park and Cantagallo Marine Reserve.   OTHER TOURS: Trekking in Isla de la Plata (Tour Isla de la Plata) Playa Los Frailes (morning) + Whale Watching Tour (afternoon) Whale Watching Tour + Snorkel in Isla Salango Coastal Tour in Isla Salango 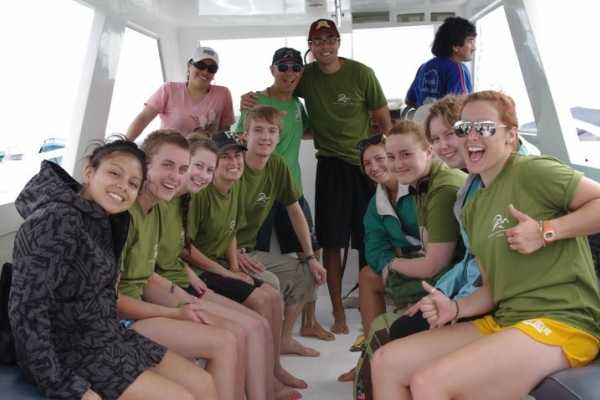 HUMPBACK WHALE RESEARCH INTERNSHIPS IN MACHALILLA NATIONAL PARK – ECUADOR The project Ballenas Jorobadas – Ecuador (Humpback Whales - Ecuador) is conducting a study on the demography of humpback whales and other cetaceans in the Machalilla National Park since 1997. Between June and October, the marine area of the Machalilla National Park forms a breeding area for humpback whales that migrate from the Antarctic to Ecuador. These whales are part of the humpback whale population of the Pacific southeast that feeds in the Antarctic and migrates around 7.000 km for mating and gives birth to their calf in Ecuador. The humpback whale population of the Southern Hemisphere that reproduces in Ecuadorian waters is estimated between 6.000 whales. Also, in this area, 15 cetacean species were identified during the last years, representing one of the highest known species diversities in South America.   The research has been carried out in whale watching boats used as a research platform. The Pacific Whale Foundation has a catalog of more than 2,000 whales identified through marks or pigmentation of their tail, which are similar to a human fingerprint. Interns will actively contribute to this research effort, and will also collect data.   These internships are available for durations ranging from 1 to 4 weeks, from June to October.  Volunteers will be introduced to and participate in the research techniques involving boat-based photo identification, behavioral studies, and acoustics. No previous experience is required. There are approximately four whale-watching boats that will be used by the volunteers to go out at sea and study the whales every day.  VOLUNTEER PROGRAM IN ECUADOR Learn About Us Learn About Puerto Lopez Researcher for One Day (Tour for Biologists, Photographers, Naturalists, and Families. Full-Day with whales) Volunteer with whales (7 Days or More) 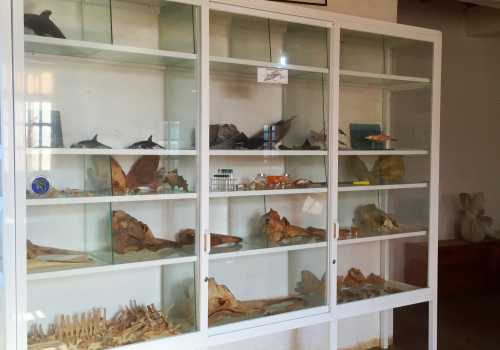 Pacific Whale Foundation is a nonprofit organization dedicated to protecting our oceans and marine wildlife through research, education, and conservation. Now more than ever, the world’s whales, dolphins, sea turtles, coral reefs, and other marine organisms need your help to thrive in their natural ocean habitat. There are many ways to get involved and make a difference.

If you have the equipment, materials that you don't use, contact us: cristinacastro@pacificwhale.org